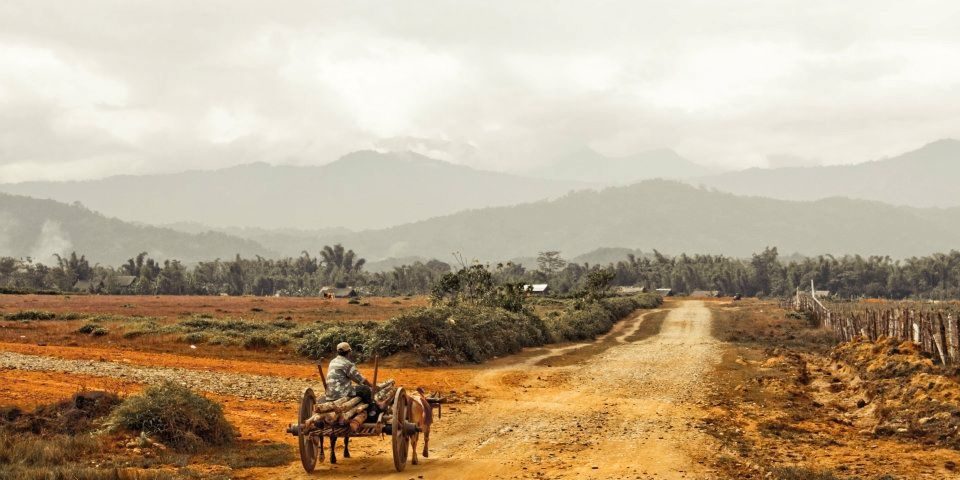 Putao is located in the planes of northern Myanmar and is surrounded by picturesque mountains that lead to India, China, and Tibet. It is in the Kachin State that actually includes both the Rawang and Lisu tribes that number about 15,000. Despite their being several monasteries as well as a large military presence there, Putao is mostly Christian. This is an area that was one of the very first to be reached with the gospel thanks to the efforts of the Morse family who were missionaries to China that in 1927 were ordered by the U.S. Consulate to leave China due to political unrest. They crossed the treacherous mountain passes and settled (along with many Lisu and Rawang Christians) in the fertile plains of Putao. There they built churches and eventually planted orange, tangerine, and grapefruit trees that are still thriving there today.

Judah’s parents became Christians as adults living in Putao, and Khaw’s father heard the gospel from the Morse family and accepted Christ. He then raised his family as Christ followers. They were first generation believers in Putao. Unfortunately, the missionaries were also forced to leave Myanmar due to political unrest and a military coup in 1964. From that time until 2011, Myanmar was cutoff from the rest of the world and plunged into isolation, civil war, and poverty. Despite those hardships, the Christians in Putao continue to cling to their faith.

The climate in Putao is moderate and the region is full of beautiful rivers, forests, and mountains. Unfortunately, deforestation is a growing problem as well as the resulting erosion of the land. The land is vital as it is need for rice growing and other crops and ochards. This is the land where Judah and Khaw grew up in families that grew rice, or learned a trade. Khaw’s father was the only blacksmith in the region for many years and he specialized in making oxcart wheels. Judah was the oldest of 5 children and the only one his parent could afford to send to school. The other children were needed to work in the rice fields. Judah never took his blessing for granted and vowed to make his education a blessing by dedicating his life to serving and caring for the less fortunate.

Judah and Khaw were betrothed to each other at an early age and married in 1995. Judah then attended Florida Christian College (now Johnson University Florida) in Kissimmee for 2 years and earned a degree in theology. He then returned to Myanmar and together, he and Khaw began their ministry that began with a small house church. In 1998 they then moved to a suburb of Yangon in a town called Wireless (where an old British radio base was located) which was crowed, dirty, extremely poor. It was also 96% Buddhist and 4% Muslim, and unreached with the Gospel. They started a small house church in 1999, and in 2002 they started their first orphanage. They then saw the great need to provide shelter and education for the very poor in their own hometown of Putao, so in 2004 they opened a second orphanage there. Today, Putao houses 20 children each year and provides them with food, shelter, education, and Christian love and care.