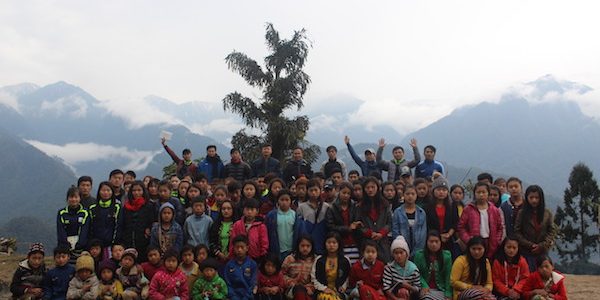 Judah and his son Jonathan just recently returned from a life changing trip to visit a remote area in northernmost Myanmar (Burma), where they were invited to speak at two youth camps. They first had to fly from their home and the main campus in Yangon, about 650 miles north to Putao, Judah and Khaw’s hometown. From Putao they would travel 1 week into the high mountains, mostly by foot. They planned to stay there 1 week, and then spend 1 week traveling back to Putao. Over 33 generations ago Judah’s ancestors moved from China to this area in the mountains and founded the villages of Kanglanhpu and Longmung, where a remnant still remains. Getting to travel there was going to be very treacherous, but also extremely special to Judah.

Before embarking on this once in a lifetime trip, they went to visit Khaw’s (Judah’s wife) parents who have been very ill. They also visited his cousin’s family, whose house burned to the ground in the middle of the night just 2 weeks prior to their arrival. Many of Judah’s family members had lived in this house over the years and it was a very tragic loss. Thankfully everyone got out safely, although his cousin’s wife barely escaped. They comforted them and tried to help them as best they could. Unfortunately, they had lost everything. Upon learning of this disaster, Judah immediately reached out to IDES, International Disaster Emergency Service. They responded quickly with some monetary relief and Judah is in the process of getting that relief to them.

Judah then gathered his team of 28 people of whom Jonathon (18) was the youngest, and Judah was the oldest. He purchased a motorcycle for $400, as they would need this for the first leg of the journey. On February 27, at 6AM they started the journey. Here are some of the details of the trip as told by Judah.

It was raining and needed to be careful to drive motor cycle. Everything was going well. At 9 am, we arrived a hill and it was the last spot we can get internet access and from there on, we no longer get internet. From mountain to mountain, we drove, and it has been raining for two weeks and the rain makes the road muddy and slippery. And at 12pm, we arrived at Magweza where we ate lunch and then we started driving motor cycle again. Finally we arrived Sang Lut Chit at 5:30pm. Sang Lut Chit is the mountain pass (7700 feet sea level). And we planned to stay there for a night but the camp in charge said that the rooms are full, and finally he let us stay at rooms reserved for government officers. It reminded me that Joseph and Mary did not get rooms to stay at Bethlehem. The girls from our team cooked dinner. The camp in charge said that they have only two, three cooking pots and they will cook their meal at 3 am. It means we need to cook our meal for the next day before 3 am. Therefore some girls of our team got up at 1am and cooked meal for us. At Sang Lut Chit, we need to leave our motor cycles and need to walk from there. Sang Lut Chit means many dead bodies were buried. It seems that many travellers in the past died there because of the wild weather, and sickness, no medication, exhaustion and malnutrition. In the past, this one day motor cycle trip took at least 8 days walk.

We started walking at 8am and the road was up and down in the high mountain ranges. Sometimes our blood from legs and hands is suck by leeches. And we arrived Nawanggung camp at 12pm and ate our lunch. We are tired but excited for the trip. Then we started walking and arrived at Ridam village. We walked 26.28 kilometer (36808 steps). It was the first village we saw the local people. There was a small church and we stayed at parsonage home. We informed them before about our schedule of arrival but, they did not get our news, and they did not prepare anything for us. Immediately they killed a pig and cooked our meal. They hosted us gladly and warmly.

The people in this isolated virgin land still live in a very primitive manner, with no: internet, cell service, cars, tourists, doctors, fertilizer, pest control or birth control… and no drugs! They have a jail, but no prisoners, a hospital with no doctors. They carry everything on their shoulders or with horses, and they hunt using bows and arrows. In Kaunglahpu, the population is about 10,000 and 6,000 in Longmung. Because of the low population, businesses do not want to invest in this area. The population is slowly decreasing due to the death rate being very high and to people moving away to more populated areas with more opportunities like Putao or Myitkyina. Many who want to leave are unable to due to poor health or lack of resources. A few of the orphans in Judah’s orphanages are from this area, and they walked many days to get to Putao to ask for help. (See story on website.)

The next day we started walking and arrived at Talalaw camp where we stayed for one night. The camp was full with travelers. (walked 21.63 kilometer, 30298 steps). The next day we walked and arrived at Kaunglanhpu where we will have youth camp. (walked 27.18 kilometer, 38076 steps). This region was evangelized by our first American Church of Christ missionaries (Morse family) and missionaries of Assembly of God (Morrison). But the local people moved to Putao and the missionaries also followed them to Putao. I admire the missionaries who lived difficultly for the gospel. The missionaries were kicked out from Myanmar in 1965 after the military took the state power. (Morse family biography).

In Kaunglahpu they had 78 kids in the youth camp, and some had to walk 3-4 days to get there. Judah taught on Christian Living and preached 2 Sundays.  The children came from several small villages where only 2 or 3 families live. It was very cold there and it rained most of the time. When they finished the youth camp and said their goodbyes, many tears were shed.  8 children accompanied the team back through the most difficult parts of the walking journey, helping by carrying much of the supplies.  They then returned to their villages and the team continued on to the next youth camp location of Longmung. They camped several nights on the sand bank of a river and fished for their food.

One day some people from a village came and joined our team and we blocked one brunch of a stream and caught fishes. We pounded some poisonous roots in the water so that the fish can get drunk and we caught fishes. It was very fun to catch fish and eat them fresh.

In Longmung they were warmly greeted and had 387 children attend the camp, where they encouraged and taught the children to live in a manner that would be pleasing to God. At the end of the seminar, 16 children accepted Jesus Christ as their Lord and Savior and they were baptized! Praise God!

To sum up the trip, it was a tough trip, a long walk in the high mountain ranges, muddy, slippery, heavy rain, leeches, but it was a joyous trip. I wanted to go and my heart was filled with excitements and joys. And I am glad I was able to encourage the local people and the youths there in the Lord. The local people invited us to come back again and we will see how the Lord leads us. 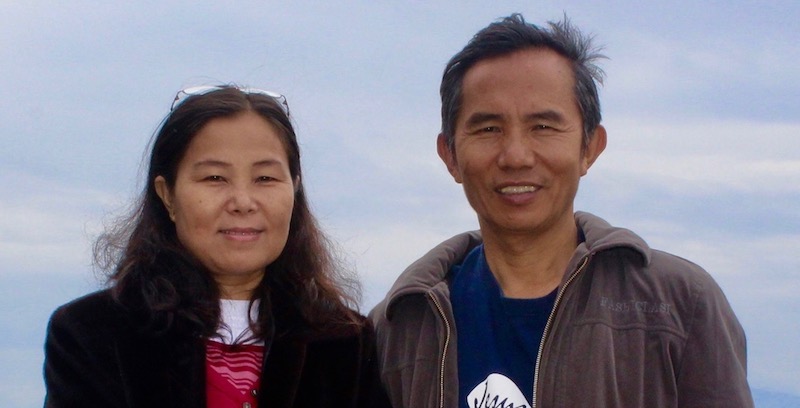 Reminder
Mission Myanmar is now a 501C3. Our board members are:  Judah Tangshing, Suzanne and Jeff Kosik, Mike Shelly, Michael Chambers and Joe Snyder. All support now comes to us through Mission Myanmar which is administered by the Global Outreach Team at Real Life Christian Church.  All support goes directly to the mission with no administration fees taken out.  There are transaction fees when you pay online. These transaction fees help pay for the cost of wiring money to Myanmar and you have the option to help cover those costs when you give your support online.
Category: NewsFri 5, 2019