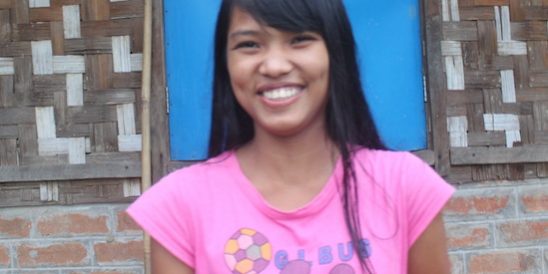 Aye Aye arrived first at Yangon orphanage six years ago.  She came from a very poor family. She has both parents but her father is a disabled man and could not work, and her mother is working hard to feed the whole family. One of the local preachers there asked if we would accept her and we did.

When we sent her to the school in grade 5, and due to her shyness and the language difficulty, the school teachers thought she was poor academically and she had a struggle in school.  As she could not do well in the school academically, the teachers let her repeat the same class in next year. After that, she began doing better in the class. She has been an obedient student from the beginning.

She is now in grade 10 and is happy living in the orphanage.  She is a good kid and growing in the Lord. Thank you very much for praying and supporting her.